I sit here alone.  The undulating blackness sweeping across the sky before me like angry waves on a celestial shore.  I've watched the neighbors dash for their doors, listened to slamming windows and calls for expedition, and all the while, sat still....my flesh tingling with anticipation.  My breathing quickens, keeping time with my heart as the wind strokes my cheek and tugs at my hair.

With the first clap of thunder, I smile.

The boys have left for a week with grandparents, my husband working late....I relish this, this dark solitude.  Hours before a natural dusk, the sky has dimmed, as if the day feared the slash of lightening's umbrage.  The ink, as I write, is lit by glaring flashes of white, neatness lost in the uncontrollable glee that races through my veins.

I often wonder at the differences in the soul of the storm lovers and others.  As I sit here I know there are windows open all over my house, but I mind not the damp sills and puddled hardwood I will find when I retire.  Really, what harm comes from such?  Yet so many at this very moment are walling off Mother Nature behind glass and wood and shade--I cannot imagine this.  I delight in every aspect of the coming tempest--the mist that even now slicks my skin, the rumble of clashing masses, the pounding of aqueous fists upon the grass.  It's all I can do to stay here, the porch lights swaying in the gale, and not run laughing through the deluge.

Sometimes I think there are those of us born with turmoil in our blood and thus are kin to nature's wrath.  It's not something chosen and perhaps not inherited--neither of my sisters share this love of mine, yet I have vivid memories as a child, lying in the grass of a sunken meadow in the mountains, mesmerized by the lightening slashing into the rocky peaks surrounding me.  So close, the electricity danced across my arms like ethereal spiders.

Turbulence and I have shared quarters, lived years together.  Argued over silverware.  From jungles of twisted vines to ones of broken concrete and rust, my life has traversed more than expected.  Yet to ride the swell and crash of a life unquiet leaves one looking for rafts as often as glorying in the surging crest.  I have spent years learning to cloak the battles that rage within me; decisions that others find simple, I dissect.  Sleep ever evades me, leaving hours to fill.  My beliefs and values clamour to be heard over the din of commercialized pandemonium and noise that engulf.  Examination of the soul and choices made can be a bloody thing...enlightening, but tainted by that unmistakable ferrous tang.

Perhaps it is comfort I find, in the midst of heaven's assault.  There is no other moment when the world seems quite as volatile, quite as out of control--anyone's control--as in the depths of a raging storm.  However, with every breath drawn, we know this will pass.  Every blizzard ends, every tornado calms.  The devastation may be grave....but the sun will rise.  Perhaps this is why I feel my internal hurricane slip away on the coils of humid air tonight.

My mind stills, soothed by the irrefutable evidence of endurance.


I recently heard the story of a woman who had been burned. The kind of horror that would normally end in death; it was past disfiguring...beyond ghastly. In fact, it had left ghastly somewhere in another state and drove on for days.

She lost her face.

Now this was actually a tale of victory. The strength of the human soul is astounding.  I find myself in mesmerized awe of people like this--beings that seem to have hearts made of an interminable flame; they never stop, never relinquish, never surrender. I have faith that we are not given what we cannot handle; though in the moment, this may be a bare thread I cling to, a rope frayed and unraveled. There have indeed been days of anguish when I have whispered to myself, "today is just tomorrow's yesterday" over and over in order to survive. But survive, I did.

This woman, she did more than survive. She conquered. She rode side by side with Death and then laughed at his amateur antics. She was astounding. She was magnificent. She was beautiful--in every sense of that word--which floored me. We all know how a person's "inside" effects how we see or feel about them. Remember that really handsome fellow that made your heart pound--until you heard him berate the waitress and make fun of the guy in glasses? Suddenly he wasn't so handsome. Or that woman with the body of a Greek goddess....who turned out to have the mouth of a sailor and the mind of a Dynasty gold-digger? (Run, Forest, ruuuun!)  Life seems often a play; we choose costumes....but the soul is eternal.

They had rebuilt her face. They tried so hard. Doctors with kind hands and kinder hearts had spent hundreds of hours researching and planning, removing skin here to put it there. Sewing and tucking, attempting the impossible. So calm, she sat there. Twisted scar tissue where lips should be.

"It took me two years to learn that I am not my body."

I have lain awake for hours, this running like a movie looped, in my mind.  Her face, her body....the agony represented there that has taken years to overcome, entire months living floating in a saline tank.  She radiated peace as if she were the sun.  She was the embodiment of light and joy and serenity.  She was beautiful.

I feel the entire meaning of life might be summed up in that one sentence.  We live trapped within the flesh granted us and spend decades adjusting it.  Shifting it to arrange the fit; painting and dyeing and cloaking it.  All the while, we are granted opportunity after opportunity to learn the futility of this.  We judge and assess and classify--on something as substantial as the wind.  So mortal, so temporary.

You are not your flesh.

Letters and words are the landscape of the soul.

It is here that I am seen, unencumbered.  My children have my face etched upon their hearts....but you do not.  You don't know the freckles on my nose or the tattoo on my ankle or the length of my auburn hair.  For really, it does not matter, flesh so corporeal.

As I type this, I wonder how my life would change, should I lose my face.  Every physical interaction would be altered.  From the market to the bank to my marriage.  Neighbors and strangers in passing cars.  They would stare, survey, appraise me.  But not here.  Here you and I would still meet, linger...share.  For here is it only the soul.

It was dusk. That magic that happens when the air seems to shimmer and glow as if Mother Nature were letting out her breath. The day's heat slowly bleeds away; the trees becoming silhouettes, black statues against a tangerine sky. Somewhere in the distance I could hear dogs barking and the laughter of children.  Summer alchemy. That perfect blend of elements that seduces the eve to visit for a time.

Our front porch roof is rimmed with white fairy globes.  Their gentle drape illuminates the hanging ivy and hummingbird feeder.  Beneath are my potted herbs, rosemary and thyme and mint.  A six foot tall avocado tree fills the corner next to the table I mosaiced last summer with blue and green glass, painstakingly broken by hand on a tattered kitchen towel while I knelt on the front walk.  The antique playing board and chess set is to my right; my puppy, dear Hazel, at my feet.

I leave the lights on round the clock.  Our home welcoming no matter if you're arriving for dinner or at midnight exhausted from the day; or awake before the dawn, sweet sleep forsaken you.  I fear I dismiss the electric bill for peace of mind.  Rather selfish of me, I suppose.  What one is willing to pay for tranquility, hmmm?

It fluttered into view.  On a crazy loop of a crashing flight, the moth fell heavily onto the back of my hand.  I could feel the tiny feet clutching, a grip that might alarm if I wasn't so astonished.  Its wing was damaged.  The dust that grants their flight missing from nearly half the crooked appendage.  It wobbled a bit, seeking better purchase on my flesh....and then lay still.

I don't know how long I sat there, my hand resting on the knee I had pulled up into my chair.  The night settled herself slowly into the neighborhood.  Softly she began to wrap the houses within my view in her cloak of quiet, nestling little heads to slumber beneath the stars.  The moth, so fragile...clinging to my warm skin, somehow seemed desperate, even in its unstirring perch.  Though perhaps this was just me...seeing myself.

Somehow for me, there is strength in anger.  Even in the midst of betrayal and shock.  Maybe it's because, though the storm is raging and the sky is black and I am forced to make decisions I never anticipated--I am still the one taking action.  Though this may only be a desperate act of self-preservation, I choose.

Every relationship is a choice.  Yes, emotions and feelings are grand, but we all know those days when it is simply putting one foot in front of the other, the plod of choice and commitment, rather than the merry twirl of flutters and desire.  This is the day you get up with the flu and still make dinner...because the children must eat.  When you haven't slept in 45 hours and you still go to work because the bills need paid.  When words no longer have meaning, and actions are all that remain.  Yes, somehow even in the stark trenches of choice, I find strength.

But then there is a moment...a pause.  After you've chosen the plod--you've chosen to stay/try/commitment and vows and I meant them...regardless.  Suddenly, after weeks, months of choosing....you realize the flutter has returned.  With gossamer wings and delicate bones, that chrysalis of daily choice has metamorphasized into something else...become something more.

And in hope....I am painfully, staggeringly, vulnerable.  The winds of hope can lift you to the heavens...and smash you on the rocks leaving broken bits and shattered ends.  Hope moves the choices to another's hands.  Pries the power from your grasp leaving you staring at calloused empty palms.

The fireflies have settled in the trees, like God's Christmas lights out of season.  I can smell the rain coming.  I shift and with an ivory blur, the moth plunges out into the night.  I hope it lands somewhere safe. 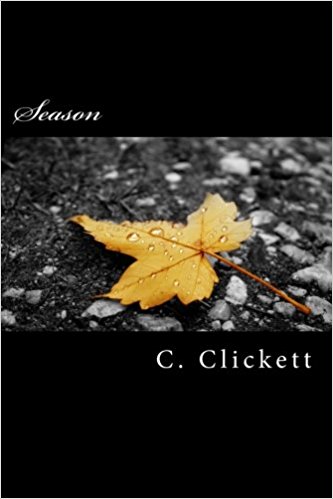